Get fresh music recommendations delivered to your inbox every Friday.

by A Winged Victory for the Sullen 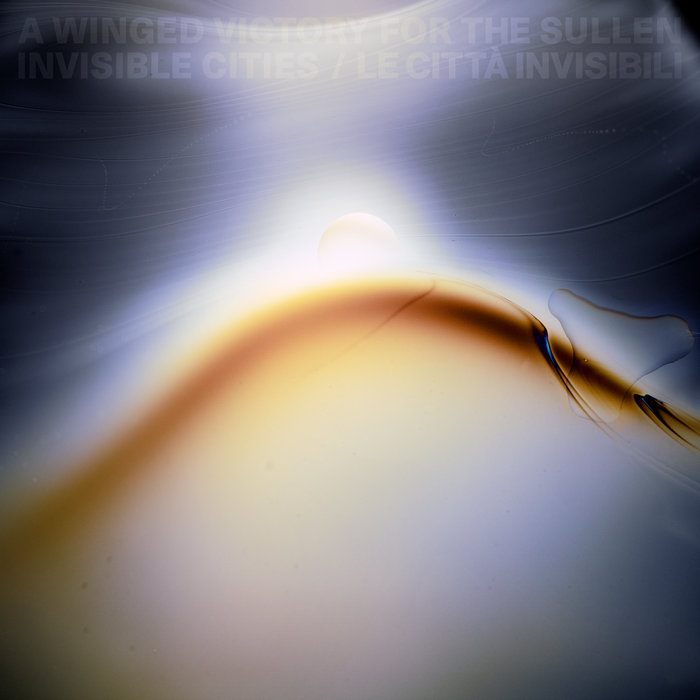 @vonPlatenPhoto ALL EARS ON, play ‘the FULL album’, enjoy the mythical. 🙏 #AWVFTS, Thank you for this music Favorite track: So That The City Can Begin To Exist.

amandaj Favourite track 'Desires are always memories' uplifting, it swirls around me, building gradually till it settles gently, slipping into the next track.


A Winged Victory for the Sullen, the collaboration between Adam Wiltzie & Dustin O'Halloran, release their 2021 album ‘Invisible Cities’, the stunning score to the critically acclaimed theatre production directed by London Olympics ceremony video designer Leo Warner. Released on their own Artificial Pinearch Manufacturing label, the album comes as part of an agreement with A Winged Victory for the Sullen’s current label, Ninja Tune.

Premiering to a sell-out audience in July 2019 at the Manchester International Festival, the duo was commissioned by Warner’s 59 Productions to score the music for the 90-minute multimedia theatrical stage show, adapted from Italo Calvino’s 1972 novel, ‘Invisible Cities’. Described by The Sunday Times as “a beautiful frenzy of movement”, it fuses theatre, music, dance, architectural design, and visuals and brings to life a series of fantastical places and disparate worlds, centered on the tense relationship between Kublai Khan, the volatile head of a vast empire, and explorer Marco Polo. Originally conceived as a touring project, its last performance was in Brisbane, Australia before COVID-19 changed the world as we know it.

Transformed into 45 minutes of breathtaking beauty, ‘Invisible Cities’ opens with the numinous ‘So That the City Can Begin to Exist’, as Wiltzie and O'Halloran draw breath from distinctively enthralling and vastly expansive worlds. The ominous soundscapes of ‘The Dead Outnumber the Living’ contrast with the new beginnings that are presented in ‘Every Solstice & Equinox’, while the jagged and uneasy ‘Thirteenth Century Travelogue’ is one of tension and dread.

Elsewhere, ‘The Divided City’ captivates and intrigues while ‘Only Strings and Their Supports Remain’ and ‘There Is One of Which You Never Speak’ are bold roars for survival before the choral ambience of ‘Desires Are Already Memories’ and piercing drones of ‘Total Perspective Vortex’ bring down the curtain on a spectacular and incredibly emotive body of work.

A Winged Victory for the Sullen Brussels, Belgium

Bandcamp Daily  your guide to the world of Bandcamp